There are very few movies that manage to capture the essence of an event, remain unbiased and make the audience think as well. Talvar is one of those rare movies that has managed to get this right
The film presents two different view points; one that the parents are guilty and two that the servants are guilty leaving the audience to decide what theory they support. And even though the movie starts off by being unbiased; towards the end one can clearly see who the director sympathizes the most. I have to say; I completely agree with the director. One powerful statement made by Ashwin (played by Irrfan) which really made me think was that one should let 10 criminals go scot free but never punish a single a person who is innocent.
One might think that with Irrfan Khan and Konkona Sen Sharma starring in the film; everybody else would be overshadowed but surprisingly the entire cast has managed to come together to give a stellar performance. My favourite was Neeraj Kabi as Shruti’s father and Tabu in her cameo role as Irrfan Khan’s wife. Konkona was wonderful as always and you sympathize with her character; a woman who has just lost a child and has not been given enough to time to grieve over it
The film does not have any unnecessary songs or forced comic elements. There is dry humour sprinkled all over the film but that gels well with the characters. The film also takes a stand on yellow journalism and goes on to show how the media sensationalized each and every aspect of the case
This movie, if not anything, will definitely force you think. All of us who were passively reading about the news reports would now go back and try to glean more information about how this case has shaped up over the years. I for one spent a good amount of time reading up older news articles and found that many of the incidents portrayed in the film are actually true. Watch this film for a fresh perspective on the murder mystery that captured a nation’s imagination.
Don’t miss the film. Do watch the trailer here: https://www.youtube.com/watch?v=aQNMsw8Ljjc Have a look at this video, too! https://www.youtube.com/watch?v=BmCSvu03wSY 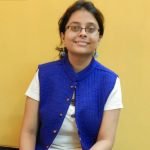