The “Seven Wonders of the World” are such a reductionist way to highlight the great works of art from our ancient world. For how else, could one ignore the existence of magnificent forms of architecture to be found in India whose origin date back to over a millennium? I was struck by this thought during my recent visit to Mahabalipuram, a coastal town situated 60 km south of Chennai in Tamil Nadu.

Mahabalipuram is a town south of Chennai situated on the shore of the Bay of Bengal. It is famous for its cave temples and other rock-cut architecture built in the 7th century. Much of the carvings and architectural works had been destroyed by a Tsunami that is said to have hit the town many centuries ago. Despite this, the place with its brilliantly intricate depictions on stone continues to strike awe in a visitor’s mind. I have put together a guide of five places that you must visit when you travel to Mahabalipuram.

The largest open-air rock relief in the world and one of the largest rock reliefs in Asia, called Arjuna’s Penance, is to be found amidst the 40 odd monuments in this ancient coastal town. 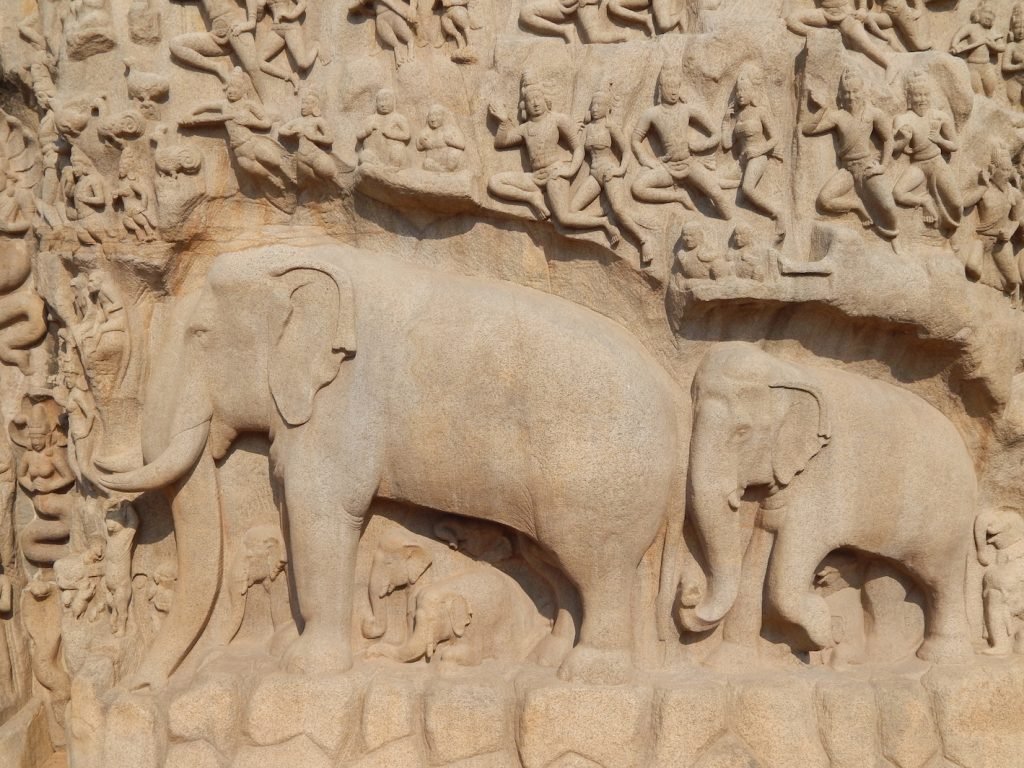 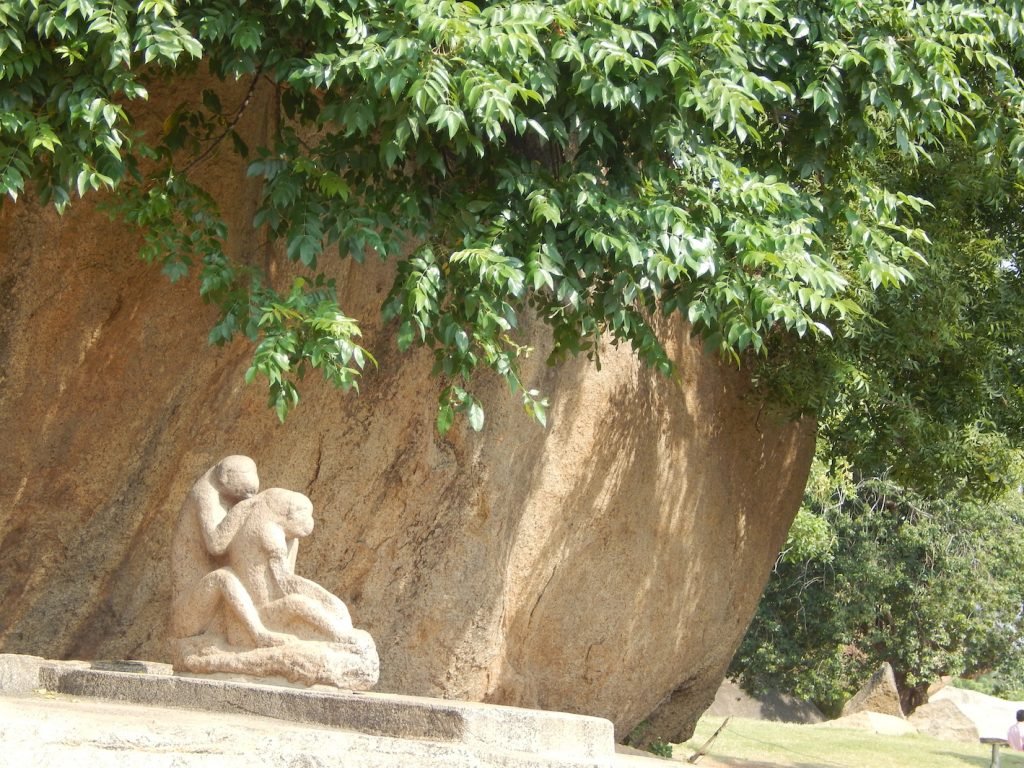 This carving depicts the Hindu legend of the river Ganges descending from Heaven. It is also known as The Descent of the Ganges. 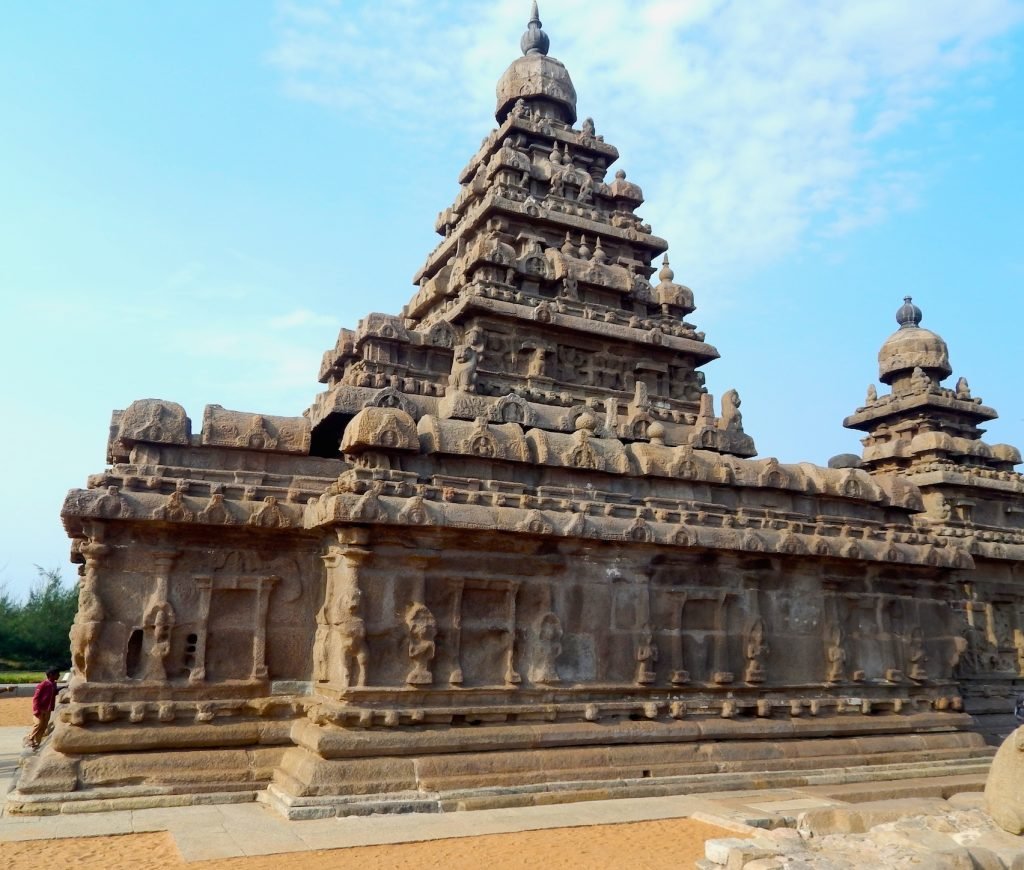 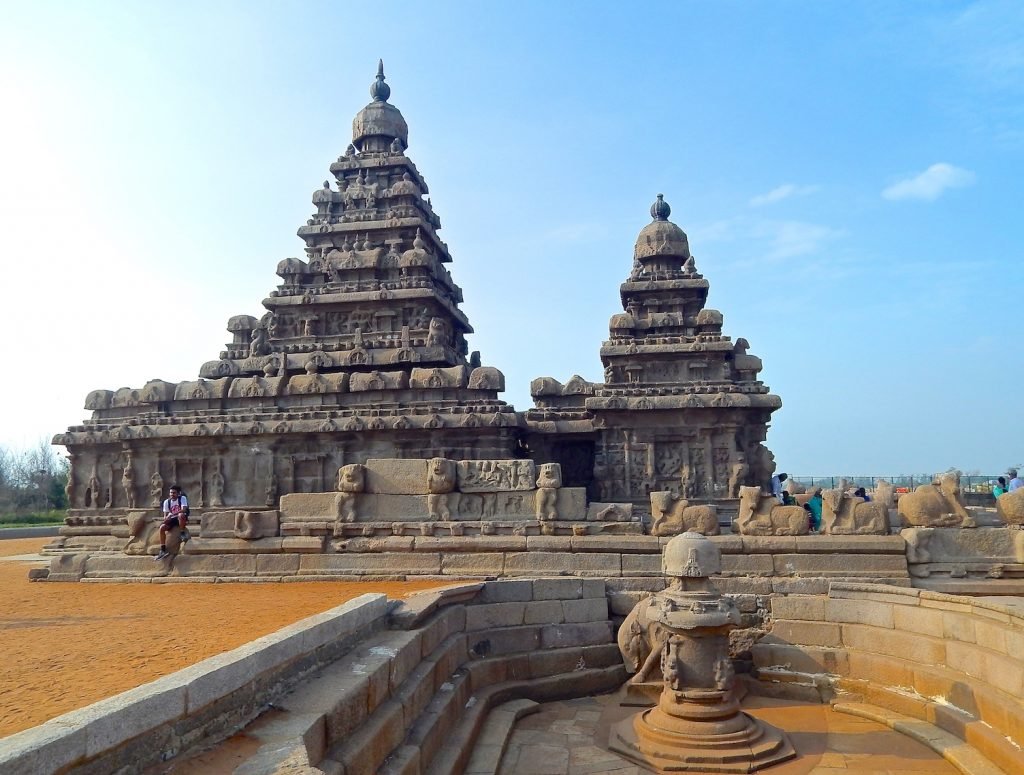 The Shore temple is a complex with an 18-meter tall temple inside it. It is aptly named owing to its proximity to the sea waters. The complex also has many stone inscriptions, open halls and smaller shrines inside it. 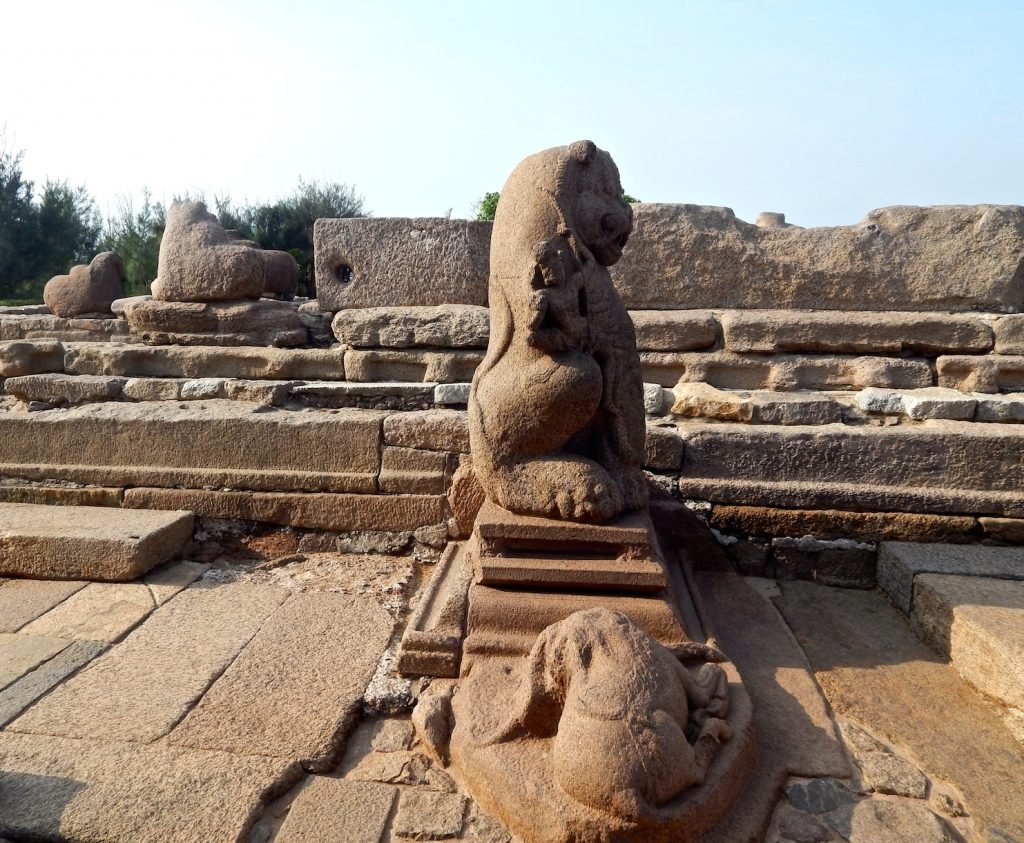 However, much of what originally composed the temple complex was destroyed by a tidal wave that is said to have hit the place centuries ago. It remains buried under the sea today. During the 2004 Tsunami, the sea had receded and exposed the buried complexes for a few brief moments. I also took a catamaran for a spin

Carvings of legends on granite, the Ratha temples – literally translated as the chariot temples – depict stories from India’s mythological tale of the Mahabharata. Archeologists today debate this idea as being a misconception and claim the original significance of the structures as being a dedication to Hindu deities gods and goddesses. 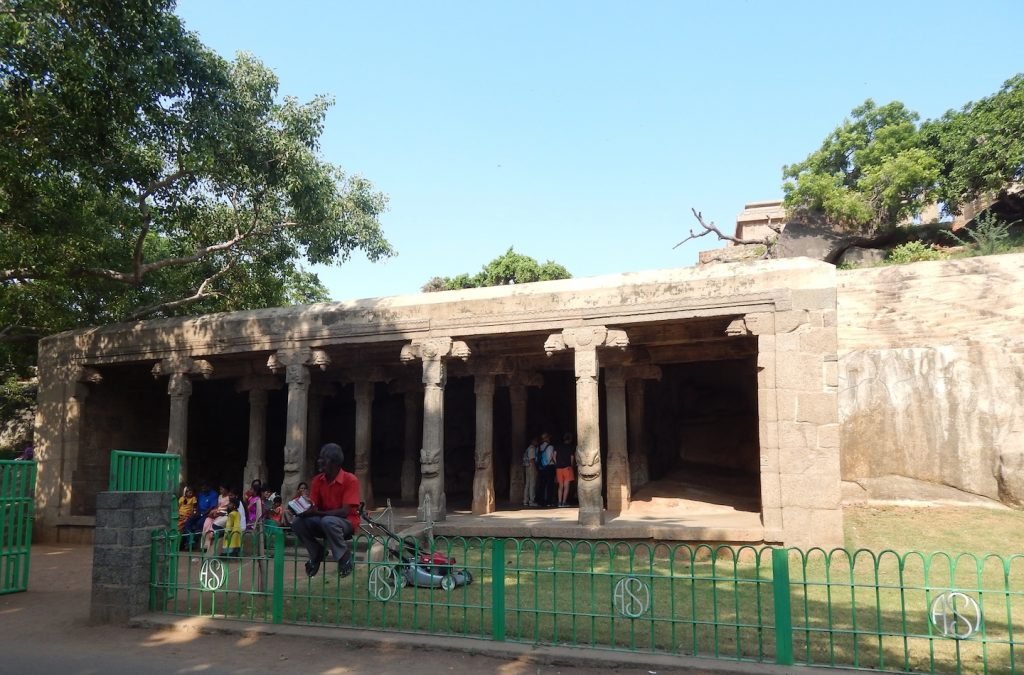 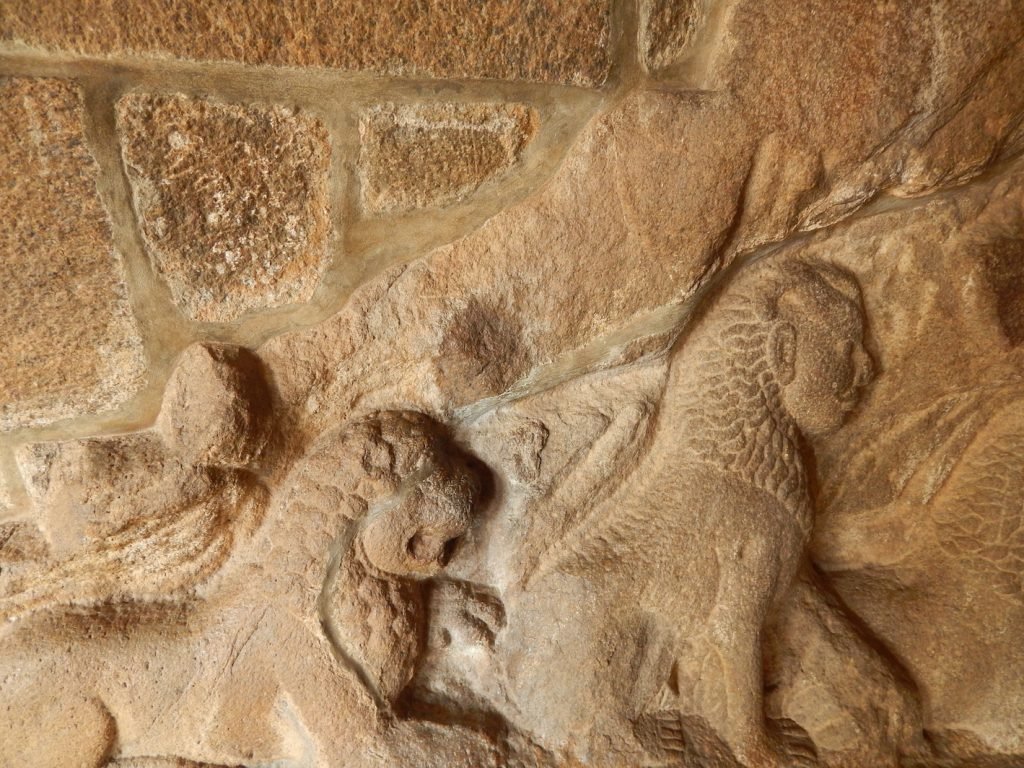 The Cave temples called thus for their being excavations and the sculpting of pieces of rock into a temple construct, are mostly found remaining incomplete. Nevertheless, the works depict a glorious mastery of rock sculpting and is a marvel to behold. The Varaha Cave temple with its breathtaking entrance design deems veneration for its artistry and is truly a home for the gods. 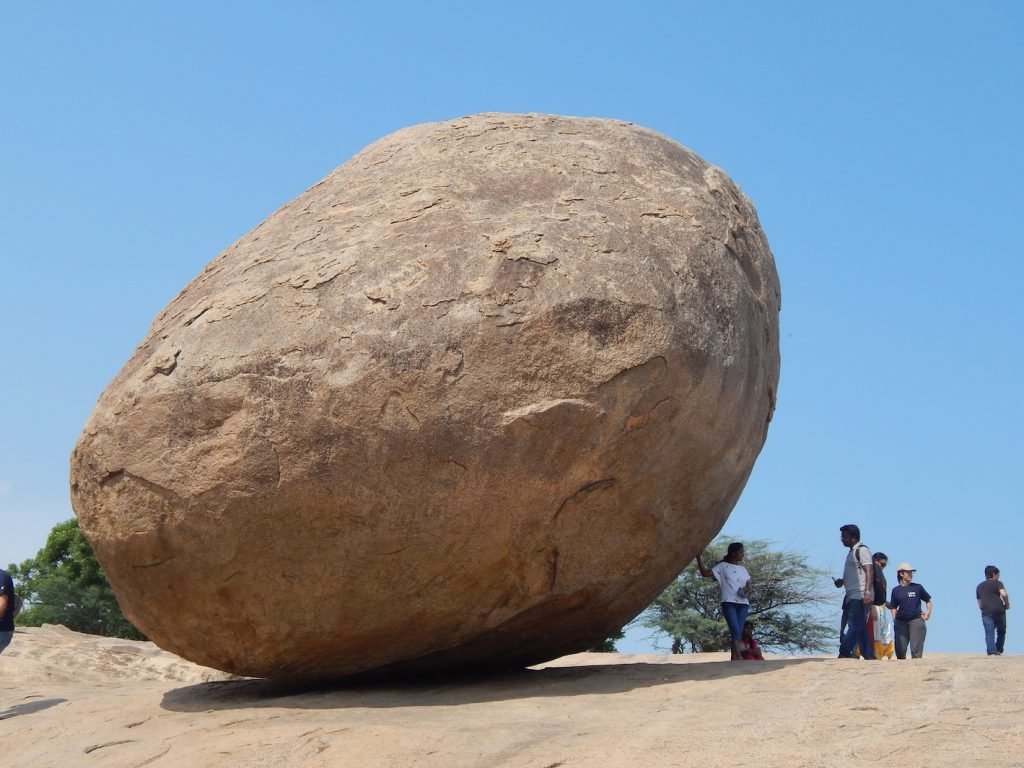 Another awe-inspiring sight is that of the Vaan Irai Kal or the Stone of the Sky God. Popularly known as Krishna’s Butterball, it is a 6 meter high boulder which, much to one’s amazement, stands stationary on an obvious slope that one would suppose must make the stone to roll away. It is said to have remained in the very same position for over a 1000 years. This is the natural wonder of Mahabalipuram.